WESLEYAN-HOLINESS THEOLOGY is grounded in the teaching of John Wesley (1703-1791). Wesley and his brother Charles were Oxford-trained, ordained clergymen in the Church of England. While at Oxford, they founded a small group of men who were derisively called by their peers the “Holy Club.” Around the same time they began to be called Methodists. Originally applied to an obscure ancient sect of physicians, it was the name that stuck; thus, Oxford Methodism was born. The sole design of these Methodists was, as Wesley put it, to be “downright Bible-Christians; taking the Bible, as interpreted by the primitive church [early church fathers] … for their whole and sole rule.”[i] 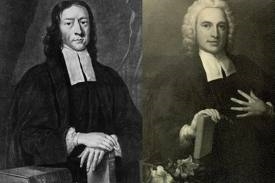 John Wesley’s primary focus was upon the doctrine of salvation and the relationship between grace, faith, and holiness of heart and life. Wesley identified three doctrines in “A Short History of Methodism” (1765) that summed up the core of Methodist and Wesleyan-Holiness teaching.[ii] What he says there essentially reflects his thought at the outset of the Methodist revival contained in two key treatises, “Character of a Methodist” and “The Principles of a Methodist,” both published in 1742.

First, Wesley taught the classical doctrine of original sin and the absolute inability of human beings to save themselves through virtuous works.[iii] As with the Protestant Reformers, Luther and Calvin, Wesley held that Adam’s disobedience plunged the human race into a matrix of sin from which, barring divine intervention, there is no escape. Departing from the Reformers, however, Wesley rejected their notions of election, predestination, irresistible grace and the like as matters of opinion. He believed that these ideas not only did not reflect the teaching of the Bible and the early church, but also that they did not portray accurately the character or work of a loving God. Instead, following St. Paul’s discussions of law and gospel, sin and justification in Galatians and Romans, Wesley insisted that the grace of God is freely available to all who would hear the gospel, repent, and believe; grace precedes faith so that the choice to believe is uncoerced and free. The doctrine of prevenient grace (“grace that goes before”), which Wesley gleaned from the church fathers, points to a God who saves the lost without transgressing their moral freedom to choose. Such grace enables the individual to repent of their sins and to believe in Jesus Christ.

Secondly, Wesley taught that salvation, or justification as it is termed, comes by faith alone.[iv] He dismissed the notion that righteous works, even though good in themselves, accrue any merit whatsoever toward salvation. Wesley observed that there are three things that work together to produce salvation. The first is the infinite mercy and grace of God; the second is the satisfaction of God’s righteous judgment of sin based on the sacrificial and substitutionary death of Christ; the third is the individual’s personal faith in the merits of Jesus Christ. Wesley insisted that such faith is not merely giving cognitive assent, but it is heartfelt trust in Christ for forgiveness of sins and confidence that God saves those who truly believe. Wesleyans teach that the moment one believes, he/she is saved; and by believing they may expect to receive an inward witness of having been delivered from bondage to sin and eternal damnation to freedom from sin and eternal life. This witness is not merely a feeling: it is the work of the Holy Spirit and the beginning of the inward regeneration of character described metaphorically in the Gospel of John as the new birth.

Thirdly, Wesley taught that genuine faith produces inward and outward holiness. The regenerative process inwardly cannot help but find expression in an improved moral character outwardly. The doctrine of holiness is grounded in the command to be holy as God is holy (Lev. 19:2 and other Old Testament loci). Jesus commanded, “Be perfect therefore as your Father in heaven is perfect” (Mt. 5:48). Jesus also taught that true Christian discipleship requires loving God with all the heart, soul, mind, and strength, and loving neighbor as self (Mt. 22:34-40). Whereas Luther and Calvin tended to view perfection in the absolute sense (i.e., perfect performance), Wesley understood it in the theological sense as having to do with maturity of character and ever-increasing love for God. The New Testament word “perfection” translates from a Greek term that means maturity or completion: it does not mean flawlessness. Therefore, whenever Wesley discussed holiness, sanctification or perfection (all theologically synonymous), he preferred the expression “Christian perfection.” By appending the adjective Christian, he sought to avoid comparisons with the Reformers whose idealistic notions of perfection led them to believe that holiness or personal sanctify is not possible in this life. Christian perfection, for Wesley, is achievable in this present life because it has to do with the affections. When, by the grace of God infused into the soul through the Holy Spirit, one’s love for God and others is made pure and complete, their lifestyle cannot help but increase in virtue, finding expression in loving, selfless actions. Faith working outwardly through love was one of Wesley’s favorite biblical themes (Gal. 5:6).

One of the key debates within the Wesleyan-Holiness tradition is whether Christian perfection or, as it is often termed, “entire sanctification,” is an instantaneous second work of grace or the gradual working of the Spirit. Is it crisis or process? In fact, Wesley said it is both. Wesley consistently argued that salvation must produce holiness of heart and life, but he never viewed the process as a ladder of ascent of sorts, as ancient and medieval Christian mystics had. He never envisioned a stage in this life where one has arrived and can go no further. Instead, Wesley viewed Christian holiness biblically as a linear movement forward. He taught that despite the inner assurance and regeneration of character that results from justification, it is never too long before the new believer discovers that there is still a root of sin within. Unlike the Reformers, who had taught that sanctification only occurs at death, Wesley argued that he could see no reason why it could not occur ten, twenty, or even thirty years before death. Certainly, he said, there is no biblical evidence that would lead one to think otherwise. Though he never himself claimed to be entirely sanctified (he believed that claiming it was a fair sign that one was not so), Wesley recorded the experiences of others whom he had no doubt were delivered from all sin and filled entirely with the pure love of God. Some of these accounts are found in his treatise “A Plain Account of Christian Perfection” (1767).

Asbury University, with its roots in the American Methodist and holiness tradition, has followed Wesley’s teaching on entire sanctification. Believers may and should seek a subsequent work of God where through grace imparted by the Spirit, they are made full of the love of God. However, as Wesley cautioned, there is no state of Christian existence wherein there does not admit an increase in love for God and neighbor. For Wesley and for Christians in the Wesleyan-Holiness tradition, the Christian life of faith always holds out the potential of ever-increasing likeness to Christ in love through the gracious indwelling presence of the Holy Spirit.