When Asbury College bought the Bellevue College campus in 1906, one of the existing buildings was the old Scott family homestead. (The Scotts were prominent landowners in Wilmore. In fact, the town was originally called Scott Station, but the railroad changed the name to Wilmore after a dispute with the Scott family over cows). The building was expanded in 1918 and named Mary Crawford Hall in honor of a donor from Georgia. 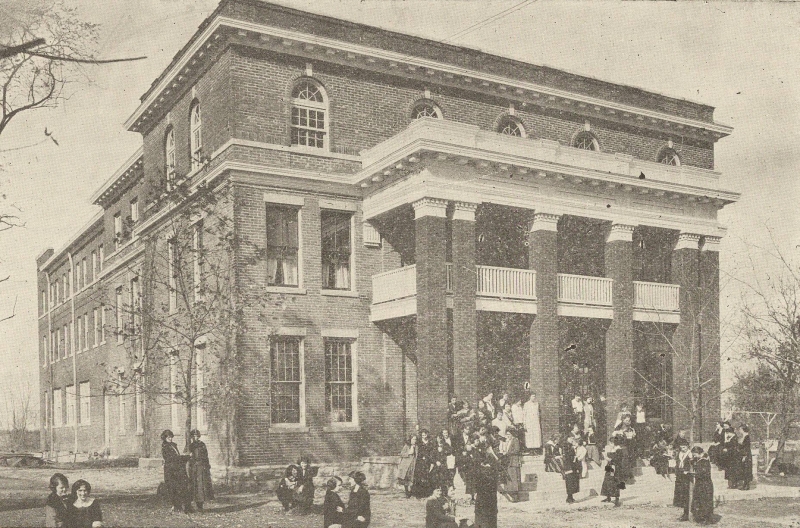 Lizzie Glide Hall was built in 1921 with a generous donation from Mrs. Lizzie Glide, a cattle and oil millionaire from San Francisco. Mrs. Glide was well-known for her generosity to religious causes. She also funded Glide Memorial United Methodist Church in San Francisco, whose famous outreach for the homeless is depicted in the Will Smith movie, Pursuit of Happyness.

On April 21, 1924, the day after Easter, a fire began in the basement of Mary Crawford Hall. It was particularly windy that day, and the fire spread to nearby Glide Hall. The fire destroyed the two residence halls, a new power plant, half of the new dining hall, and 11 private residences. To house the women for the remainder of the school term, the men on campus moved out of Fletcher and Wesley Halls and into cots in the gymnasium or homes in town.

The new Glide-Crawford Hall was opened that very Fall, though the plaster was still wet and there were no doorknobs on the rooms. The connecting “Front” wing was named Putman Hall for two sisters who were donors.

Glide-Crawford Hall has now been in service as a residence hall for Asbury College women for over 80 years.