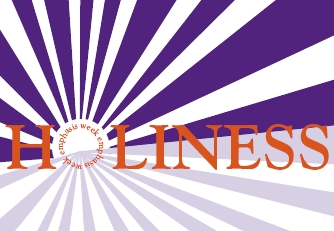 Major Richard Munn holds degrees from St. Luke’s College, Exeter, Asbury Theological Seminary and Gordon Theological Seminary. He currently serves at the USA Eastern Territorial Headquarters as Secretary for Program and Ambassador for Prayer and Spiritual Formation. He is the executive officer for the New York Staff Band. Munn has written articles for Good News, The War Cry, The Officer and The Journal of Aggressive Christianity. He has taught at Roots in the U.K., Canada, and Southern Territory, as well as On the Edge and the Aggressive Christianity Conference in Australia.

As partners in ministry, the Munns served as pastors/corps officers in the inner city of Camden, New Jersey, for several years. They were then appointed Divisional Youth Leaders in Massachusetts, overseeing all youth ministries and directorship of Camp Wonderland in Sharon, Massachusetts. Following this appointment, they were assigned as pastors/corps officers in Manchester, Connecticut, for six years, and then as Divisional Leaders of the Northern New England Division, which includes the states of Maine, New Hampshire, and Vermont.

The Munns have two children, Nealson and Oliivia.

Dr. Al Coppedge is the Beeson Professor of Christian Theology at Asbury Theological Seminary and teaches in the areas of Wesley studies and systematic theology. He received his Ph.D. from the University of Cambridge in England. In addition to post-doctoral research on American Methodist history and theology at Johns Hopkins University, his education includes a Th.M. from Asbury Theological Seminary, a B.D. from the University of Edinburgh, and a B.A. from Emory University.

As a part of his commitment to serious scholarship within the Wesleyan tradition, Dr. Coppedge wrote John Wesley in Theological Debate, a description of the theological debates over predestination and Christian perfection in the Eighteenth Century Revival. He co-authored In His Image: A Workbook on Scriptural Holiness, a guide to Christian holiness through the Gospels and Acts. Dr. Coppedge also wrote Portraits of God: A Biblical Theology of Holiness, The Biblical Principles of Discipleship, and several other books on discipleship. He is working with a team of scholars to produce a new Wesleyan systematic theology. Dr. Coppedge is the president of The Barnabas Foundation, Inc., an organization for the development of discipleship ministries.

Dr. Glen Spann is an associate professor of history at Asbury College and pastor of the High Bridge Union Church. He holds his Ph.D. from Johns Hopkins University, M.Div. from Asbury Theological Seminary, and B.A. from Asbury College.

After serving as an ordained elder and pastor for many years at United Methodist Churches in Texas and Maryland, Dr. Spann returned to Asbury College in 1992. He is a frequent preacher and Bible teacher at camp meetings and revivals and serves on the steering committee for UMAction, a group working for evangelical conerns with The United Methodist Church. He is affiliated with the Francis Asbury Society as a scholar-evangelist. He has written articles on subjects in American religious history for publication and often speaks to various groups on topics of American history.

Dr. Spann is married to Michelle Rae Neff, and they have three sons, Travis, Benjamin, and Michael.