“He brought us out from there to bring us in and give us the land he promised on oath to our ancestors” (Deuteronomy 6:23 NIV).

The speaker for Holiness Emphasis Week 2012 is Rev. Stanley Key. 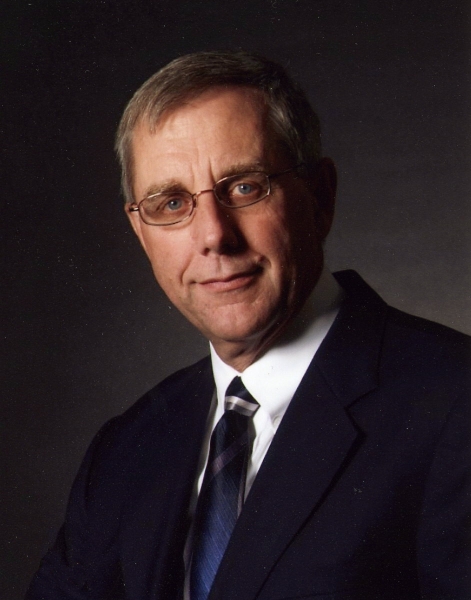 REV. STAN KEY: Since 1994, Stan Key has been the Senior Pastor at Loudonville Community Church in Loudonville, New York. The church, located in the Capital District of upstate New York, is a growing, evangelical community with a strong commitment to local ministries and world evangelization.

Stan and his wife, Katy, served for ten years as missionaries with OMS International, where they worked on a church planting team in the suburbs of Paris, France. Before going overseas, Stan pastored a United Methodist Church in the suburbs of Chicago, Illinois for three years. He also served as a student pastor in rural Kentucky and worked as a Youth Director in a church in Virginia.

Stan also has traveled overseas in numerous capacities: missionary retreats (WGM, CMA, TEAM), pastor conferences (OMS, SIM), missionary conferences (CMDA). He also serves as a shepherd with a church–planting organization in French-speaking Africa (ECC). He serves on the board of OMS International, PAACS (Pan-African Academy of Christian Surgeons) and Pioneer Christian Hospital in Impfondo, Republic of Congo. In the United States, Stan has spoken in missions conferences, camp meetings, revivals and other settings.

Stan was raised in Georgia, the son of a United Methodist minister. In 1977 he married Katy Kinlaw who shares his passion for ministry, both at home and abroad. They have three daughters: Anna, Sarah (who’s married to Adam Aukerman) and Elisabeth and one grandson, Jaden.

WILMORE, Ky. — As Rev. Stan Key ’75 pointed out in his first Chapel message of Holiness Emphasis Week 2012 at Asbury University, wonderful things can begin in Hughes Auditorium. On one level, Key referred to his personal history in the room: Due to the quirks of alphabetical seating, he met his wife, Katy Kinlaw ’75, as a senior during Chapel, and later proposed to her and married her in the auditorium. That relationship, nearly 35 years strong, is also a ministry partnership that has yielded fruitful results around the world.

But on a different level, time in Hughes Auditorium can be the foundation for a new, spiritual kind of “wonderful” — a way of living Key urged students, faculty and staff to pursue through a series of messages titled “Something More.” Beginning with Chapel last Monday and concluding with Chapel on Friday, Key shared throughout the week about the abundant life that is not only available, but also attainable, in Christ, drawing on the Israelites’ path from Egypt to Canaan for insight into the challenges modern believers face.

In addition to speaking in Chapel and evening services, the Keys met with students individually as well as in larger gatherings during a Q&A session Tuesday night. Breaking into separate groups for men and women, each responded to questions from students on a variety of topics. “They asked about being a pastor’s wife, and about finding the balance between their own efforts to be holy and God’s work in them,” Katy said. “It was a sweet time. They came with questions ready, which meant they were living with them and doing some thinking.”

As missionaries for 10 years in France and leaders at Loudonville Community Church in New York for the past 17 years, the couple has had the opportunity to put into practice their own advice. Each came from a strong background of faith — Stan as the son of a pastor and Katy as the daughter of former Asbury President Dennis Kinlaw — and yet had to find a way to maintain their focus in the midst of raising a family and ministering in a variety of contexts.

“The major impediment for the world in following Christ is Christians who say they follow him and don’t match their actions to their words,” Stan said. “Asburians are supposed to be salt and light in the world, not just in Wilmore but to the ends of the earth. Our goal is more than helping people graduate and get good jobs. I long to see them as missionaries and servants, not just in the Church but in the sciences, the workplace, education. This week was an attempt to get in touch with that.”

Senior Matt Watson got the message: “The idea of holiness is something that I have always heard about, but it was not until coming to Asbury that I ever experienced an emphasis on it, or recognized the significance of holiness,” he said. “Holiness is striving to live a life pleasing to God and to grow in relationship with Him. This week has confirmed that I am and should be on a lifelong journey of seeking after God wholeheartedly. Through Rev. Key’s preaching this week, I have not only been able to examine where I am in my walk with God, but also a Pre-Ministry major, I have been challenged to consider how to witness and share with other people on various stages on the map of salvation.”