“When the Holy Spirit comes on you, you will be able to be my witnesses in Jerusalem, all over Judea and Samaria, even to the ends of the world.” (Acts 1:8, The Message)

During the week we will be raising funds to support a Haiti Home building project led by Asburians over Spring Break 2012 — $8,000 goal.

Organizations serving in both the United States and around the world were invited to campus to provide opportunities for students to explore how and where they can live out the Great Commission — whether by fulfilling a cross-cultural requirement or simply fulfilling a passion. Students were encouraged to take time and talk with these representatives, who were available in the cafeteria during meal hours beginning Wednesday lunch through Friday lunch.

Richard S. Bransford, MD, FACS, of Kijabe, Kenya, was honored with the 2010 Surgical Humanitarian Award in recognition of more than three decades of service in Africa, primarily at the Africa Inland Church (AIC) Kijabe Hospital. After completing his surgical training, serving in the U.S. Air Force, adding a degree in Tropical Medicine, and serving brief periods as a missionary surgeon in the Democratic Republic of Congo and the Comoros, in 1977 Dr. Bransford and his wife and five children moved to Kenya. There he embarked on more than three decades of service at AIC Kijabe Hospital, first as a staff surgeon, and later as the program director of pediatric rehabilitation surgery. In 1998, Dr. Bransford co-founded the Bethany Crippled Children’s Centre (BCCC) adjacent to the hospital. A 30-bed pediatric facility with two operating rooms, the BCCC treated children suffering from a wide range of conditions including burn contractures, hydrocephalus, spina bifida, cleft lip and palate, clubfoot, polio, scoliosis, hypospadias, cerebral palsy, and muscular dystrophies. In 2004, he co-founded BethanyKids at Kijabe Hospital (BKKH), a 67-bed facility that has become widely known in Africa as a referral center for disabled children, and is supported by a network of fourteen outreach clinics across Kenya. Dr. Bransford has also provided surgical care during disasters and crises elsewhere in Africa, including in Rwanda, Somalia, Southern Sudan, and Zaire.  He and his wife of 41 years, Mildred Babb Bransford, have seven children. 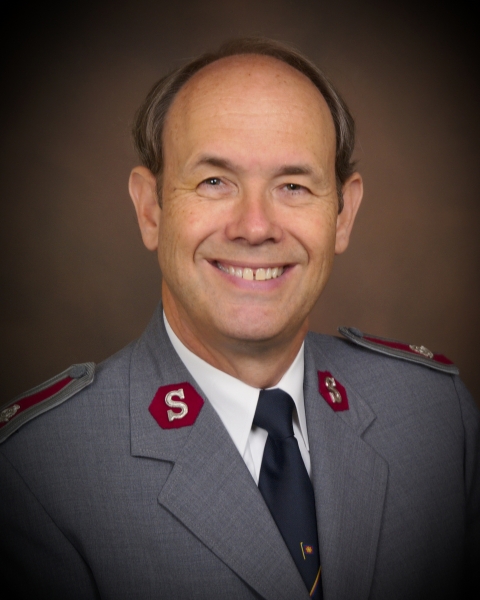 Major Ron Busroe, and wife Carol, were ordained and commissioned as Salvation Army officers in 1978. They served for almost 20 years as pastors in North Carolina and Florida and three years as Area Commanders in Tulsa, Okla. In 2001, the Busroes transferred to the Caribbean Territory and served six years as Divisional Leaders in Haiti. In June 2007, Ron was appointed as the Community Relations and Development Secretary for The Salvation Army in the Southeastern United States and Carol was appointed as the Territorial Candidate Secretary. In 2009, they served for one year as the pastors of the Atlanta Temple Corps. Currently, Ron and Carol are responsible for The Salvation Army Recovery and Development Office in Port-au-Prince, Haiti. Ron was raised in Louisville, Ky. His first contact with The Salvation Army was as a bellringer in New York City while a student at Asbury University. He has a BA in history and studied at Emory University Candler School of Theology. In 1991, he attended the International College for Officers in London, England. Ron’s wife, Carol, is the daughter of Lt. Colonels James and Lillian Jay. She has a BS in mathematics from Georgia State University. They have two children: Wesley (32) and Elizabeth (30), and two grandchildren: Aslyn (8) and Jackson (7).

The Great Commission Congress is an annual event in which Asbury gathers missionaries from ministries both near and far to inspire and challenge students to consider how they might participate in Jesus’ instructions in Matthew 28:18-20, “Then Jesus came to them and said, ‘All authority in heaven and on earth has been given to me. Therefore go and make disciples of all nations, baptizing them in the name of the Father and of the Son and of the Holy Spirit, and teaching them to obey everything I have commanded you. And surely I am with you always, to the very end of the age.”

Dr. Richard Bransford and Maj. Ron Busroe ‘74 spoke in Chapel as well as evening services throughout the week. Bransford, a surgeon, founded a network of 14 outreach clinics and a pediatric facility at the Kijabe Hospital in Kenya, serving children with a variety of conditions. Widely known throughout Africa as a referral center for disabled children, BethanyKids has made an impact not only in Kenya but in several different countries where Bransford has traveled to treat children and train local doctors and nurses.

“I see our medical work as a manifestation of the compassion of Christ,” Bransford said. “The door is wide open. There are risks, but the opportunity far outweighs the risks. There¹s no safer place than the center of God’s will — it sounds trite, but I believe it.”

Busroe and his wife, Maj. Carol Busroe, are responsible for the Salvation Army Recovery and Development Office in Port-au-Prince, Haiti. Each brings decades of experience as pastors and administrators to their work in helping the Haitian people recover from the deadly earthquake that struck in January 2010.  In Friday’s Chapel, Ron spoke on the love of God that compels His people to look beyond their own situations to the needs of others.

“We are empowered to witness in love. Love is the heart of who God is, and it is what we are to be about.”

In addition to Chapel and evening services, the Great Commission Congress featured several different workshops for students to find out more about particular topics as well as opportunities to share God’s love locally.